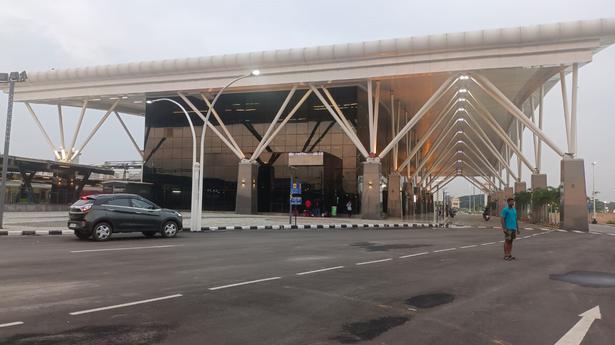 Seamless access to the newly opened Sir M. Visvesvaraya Terminal at Baiyappanahalli got a shot in the arm with South Western Railway (SWR) giving in-principle approval for an elevated rotary flyover at IOC junction that has been envisaged by the Bruhat Bengaluru Mahanagara Palike (BBMP).

Almost a year ago, when Railway Minister Ashwini Vaishnaw inspected the terminal, BBMP officials had briefed him about the project as a long-term measure for connecting the terminal with various roads. The SWR and the BBMP held multiple rounds of the meetings to clear the decks for the project. The project has been proposed to provide easy access to the terminal from Kammanahalli Main Road, Maruthi Sevanagar, and other areas.

B.S. Prahalad, chief engineer (Road and Infrastructure), BBMP, said, “Due to the presence of railway lines at the junction, the only solution is to build an elevated rotary flyover. Other than people living in the localities nearby, passengers travelling to the terminal will be benefited as we are providing access to the terminal as well.” He said when the project was conceptualised, it was estimated to cost ₹260 crore, but the revised estimatio