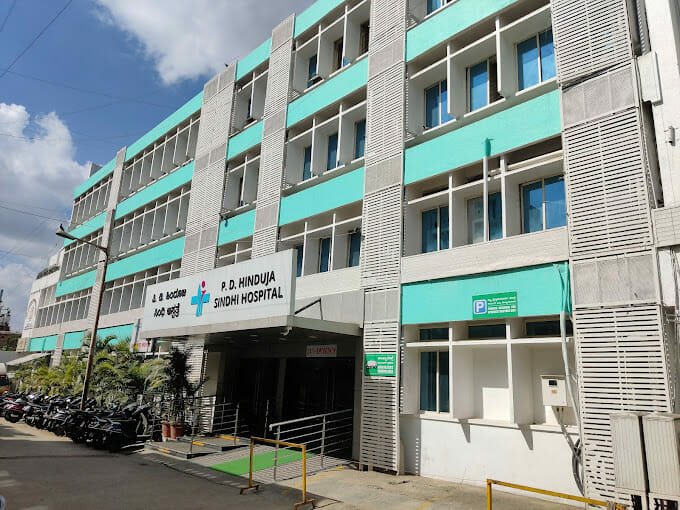 P D Hinduja Sindhi Hospital jointly sponsored by Sindhi Youth Association, Bangalore, and Hinduja Foundation, Mumbai is the realization of a dream to establish a center of Excellence in Health care extending quality medical care to the needy at a very affordable cost for the last 60 years.

The hospital was established by a few philanthropic Sindhi youths as a charitable dispensary on 23rd August 1962 in Gandhinagar and later shifted to Sampangiramnagar as a hospital with outpatient and Inpatient blocks and was named Sindhi Charitable Hospital. Since 1975 the hospital started gradual expansions and was utilized by needy patients from low-income groups. Charity being the main philosophy of the hospital, the charges were kept very low and highly subsidized.

Gradually during the early eighties, the hospital had mile stone achievement of starting an advanced cardiac center with a cath lab and operation theatre where the FIRST OPEN HEART SURGERY IN KARNATAKA was performed. A Multispeciality hospital was operating in full swing. As the demand for beds was increasing, the hospital was expanded into a multistoried building with four floors in the same site so that different outpatient, Inpatient, O.T., and Diagnostic wings were created with much more sophisticated medical equipment.

It is at this stage, in appreciation of the philanthropic healthcare service being rendered by the Sindhi Youth Association, Hinduja Foundation joined hands in a big way jointly sponsoring the hospital’s upgradation and the name of the hospital was changed to P.D. Hinduja Sindhi Hospital in the middle of eighties. By the nineties, the hospital turned into a 72 bedded hospital with a separate O.T and I.C.U complex.

During the first decade of the 20th Century, fast upgradation of all the departments with sophisticated and hi-tech equipment in the department of Radiology, Laboratory, and O.T had taken place. Another new facility of ‘Haemodialysis’ unit was started in 2003 with only 4 machines, which gradually was expanded to 17 machine Dialysis unit today.

During the second decade of the 20th Century, the hospital concentrated on ‘Quality’ upgradations and achieved ‘NABL’ Accreditation in 2012 and ‘NABH’ Accreditation in 2017 from the Quality Council of India, New Delhi. Thus Quality health care is being extended to patients at a very affordable cost.

The hospital has 100 beds, including 45 General Ward beds, 36 Semi-private ward beds, and 19 Private Ward beds with an additional 22 beds in I.C.U Complex including 11 bedded Level III I.C.U, Post Operative Ward, Pre Operative Ward, Labour Ward, and NICU. 17 bedded hemodialysis unit is functioning on the second floor. About 5000 Inpatients and 50,000 outpatients avail of the hospital services annually. About 1500 surgeries are performed annually. About 100 deliveries are conducted in a year.

Most advanced Video endoscopes and Colonoscopes are installed for Gastroenterology procedures. Retinal Laser for Ophthalmic Department, Debrider equipment for E.N.T, and Ultraviolet Therapy in Dermatology are star equipment providing the latest technology within the reach of the common man at a very affordable rate.

The High definition sophisticated ultrasound machine with 3D and 4D probes is installed in the Imaging Department for perfection in scanning so that minute problems are detected in imaging. A Hitech X-ray machine with Computerized Radiography is installed to give crystal-clear Radiographs. An OPG machine for dental imaging is another advanced piece of equipment installed.

Kidney Stone Laser is being installed upgrading Urology and C.T. Scan facility is proposed to be started soon. The unique features of our hospital are as follows 45% of the beds in the hospital are General Wards. The bed charge in the General ward is only Rs. 375 per day. The Diagnostics and treatment charges are also maintained at minimum levels. Despite the reasonable prices, many genuinely deserving patients are given further subsidies and no one is sent back for want of money.

Even with such low rates, the quality of patient care is given prime importance. The tagline of the hospital itself is CARE – COMPETENCE-COMPASSION. NABL and NABH Accreditations with Third-party Quality Audits every year, strengthen the hospital to maintain good patient care and patient safety standards. In the Haemodialysis facility, strict standards are followed by NABH guidelines like the use of disposable tubings and Dialyzer Processing Machines. A milestone of 1 Lakh Haemodialysis sessions since inception, is already achieved with about 800 dialysis sessions every month.

About 1500 Free dialysis sessions are offered to poor patients annually and another 1500 with about 30% concessional charges. In addition, these patients are also given free injections viz., Inj. Epos and Inj. Microfiber from M/s. Microlabs Ltd. The ‘SPONSOR A DIALYSIS DAY’ was established to help needy patients. The donor can sponsor the whole day’s dialysis sessions for Rs. 3500/- on any of their special days and earn the rich blessings of a person whose very life depends on your generosity. 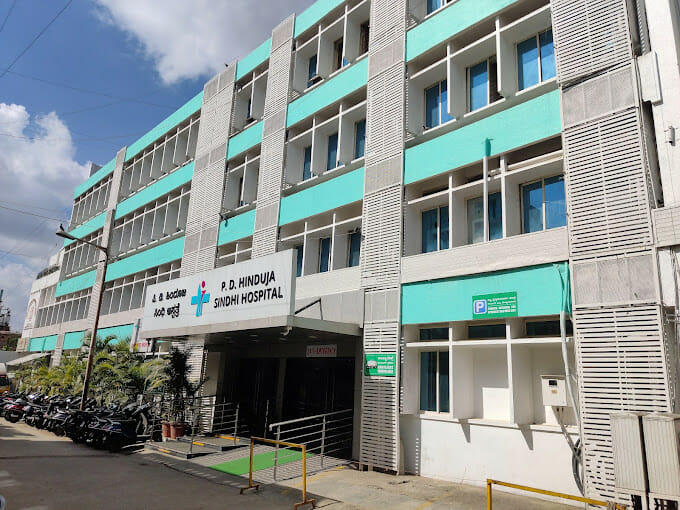 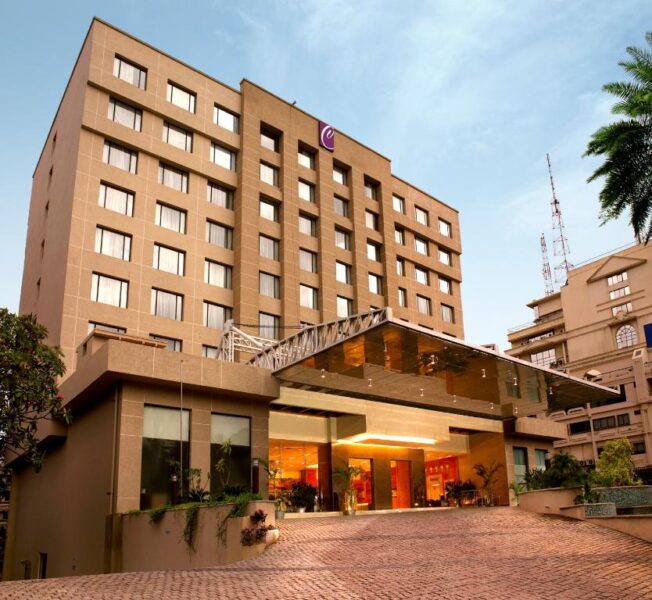 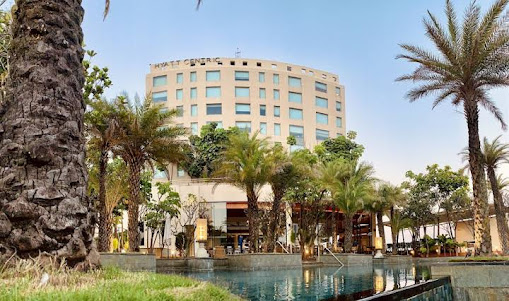 You can call P D Hinduja Sindhi Hospital at their phone number 080 4903 0303 or you can visit their website http://hindujasindhihospital.com/history.html.